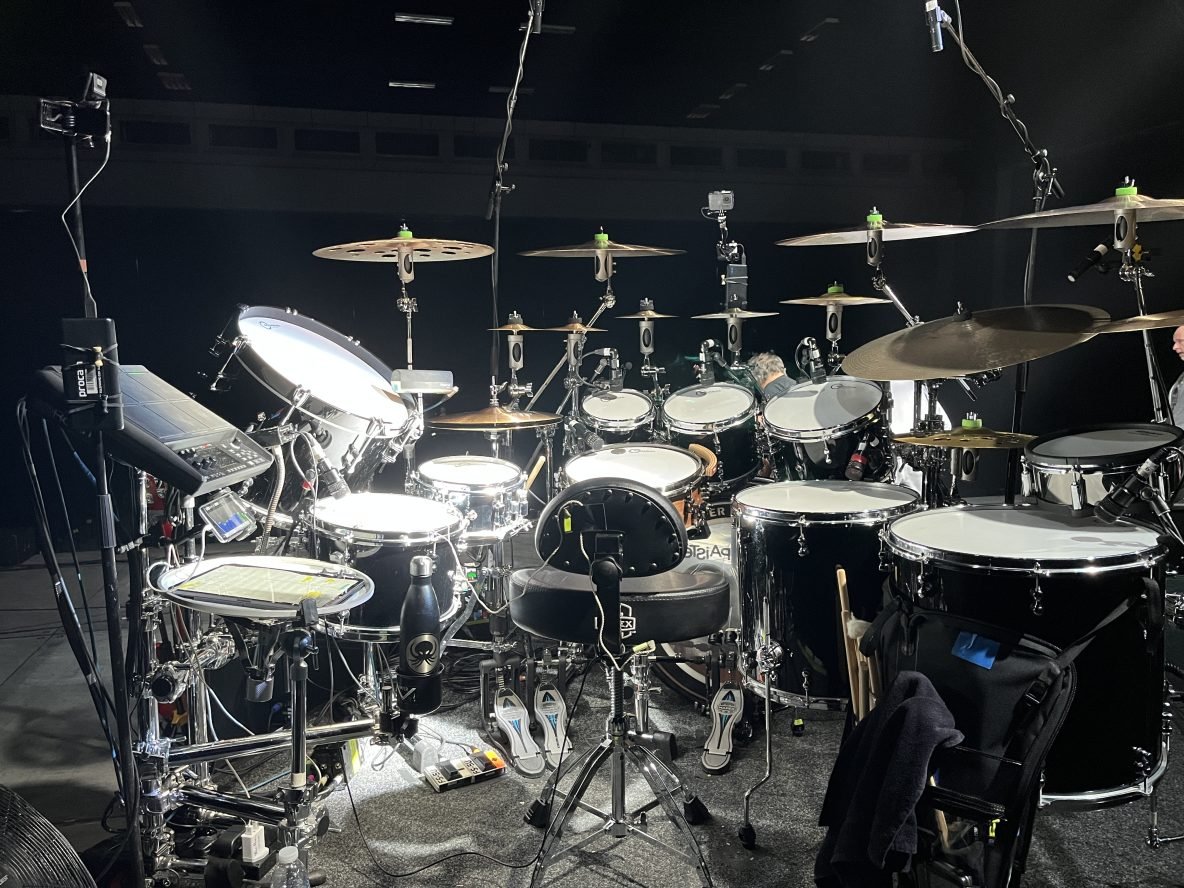 The “Seconds Out” tour came and went and the DVD was launched. It was only a matter of a few days between the concert tom rig being put away and the Mapex Design Lab Cherry Bomb being loaded into rehearsals for Steve’s Foxtrot World Tour. It was really intense learning the material as its not the easiest play but we took to the road in September and completed two months out. As the second leg of the tour comes to an end in Italy this week, the guys fly out to Canada next week to fulfill the rescheduled Seconds Out tour dates. Unfortunately I have other playing commitments so can’t join them, but my friend the brilliant Nick D’Virgilio will be covering the seat for me and using my rig, it’s in very good hands and I hope you enjoy the concert with the team.